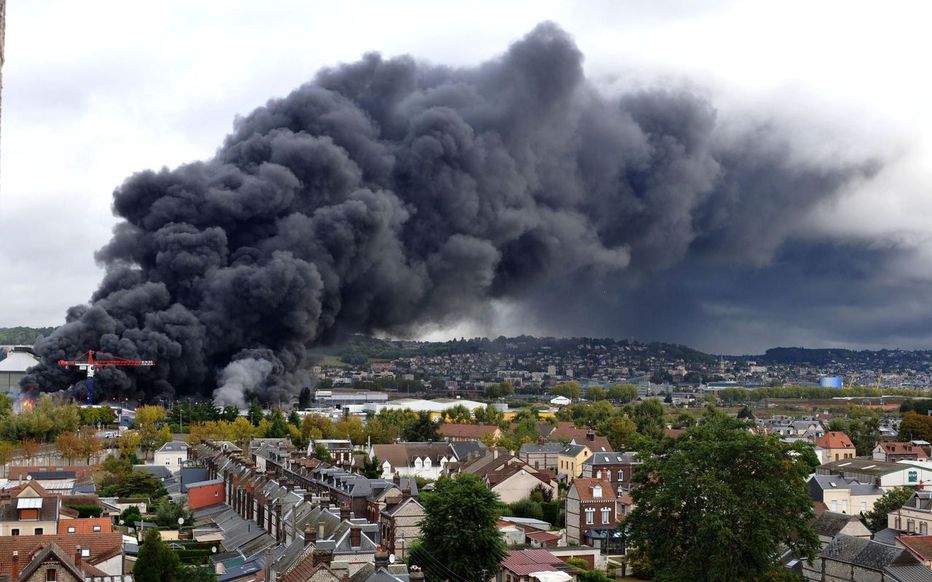 Lubrizol manufactures and stores organophosphorus and organosulfur products. Those products are used in the lubricant industry as additives. The Lubrizol factory, owned by the billionaire Warren Buffet, is classified SEVESO under the European directives. The factory in Rouen, North of France, was identified with high industrial, human and environmental risks. Thus, strict risk management was needed.

Despite those restrictions, a massive fire started on early morning 26th of September 2019, inside the Lubrizol factory. A large part of the warehouse burnt. 240 firemen fought all day to knock out the fire and limit damages. The fire shapes a 20km length & 6km width black plume, big enough to worry about the local population. 160 damaged barrels still need to be evacuated.

Black smoke itself is not the most frightening. But it’s definitely the case of what’s hidden inside and what could still be smelled by the inhabitants while I’m writing.

The fire hit the storage and drumming facilities. Approximately 5 253 tons of chemical products burned, included 856 tons under the H304 mention: May be fatal if swallowed and enters airways.

You can find here the exact list and the quantity associated: List of products impacted by the Lubrizol fire.

But once burned and mixed, nobody knows which new products come from this unusual reaction.

First analysis communicated didn’t tell us something concrete to hang on, except that the fire may lead to the emissions of dioxins – a persistent environmental pollutant which accumulates in the food chain and may cause cancer if ingested.

Fortunately, no death resulted from the fire and the plume exposition. But at least 8 persons, with previous respiratory pathologies, have been hospitalised. None of them is under critical situation and 7 already left the hospital.

8,000 m² of asbestos roof burned during the fire

As chemical risks were not enough 8,000 m² of asbestos roof burned during the fire. The first air monitoring results don’t show anything unusual but further air sampling and analyses will come.

We still don’t know what causes the fire. Lubrizol’s video surveillance and witnesses do not suggest that the fire started in the Lubrizol site, but came from outside. Frédéric Henry, the Lubrizol CEO, press charges against X.

ITGA will be present at the first 2018ASEAConf

This is a news article